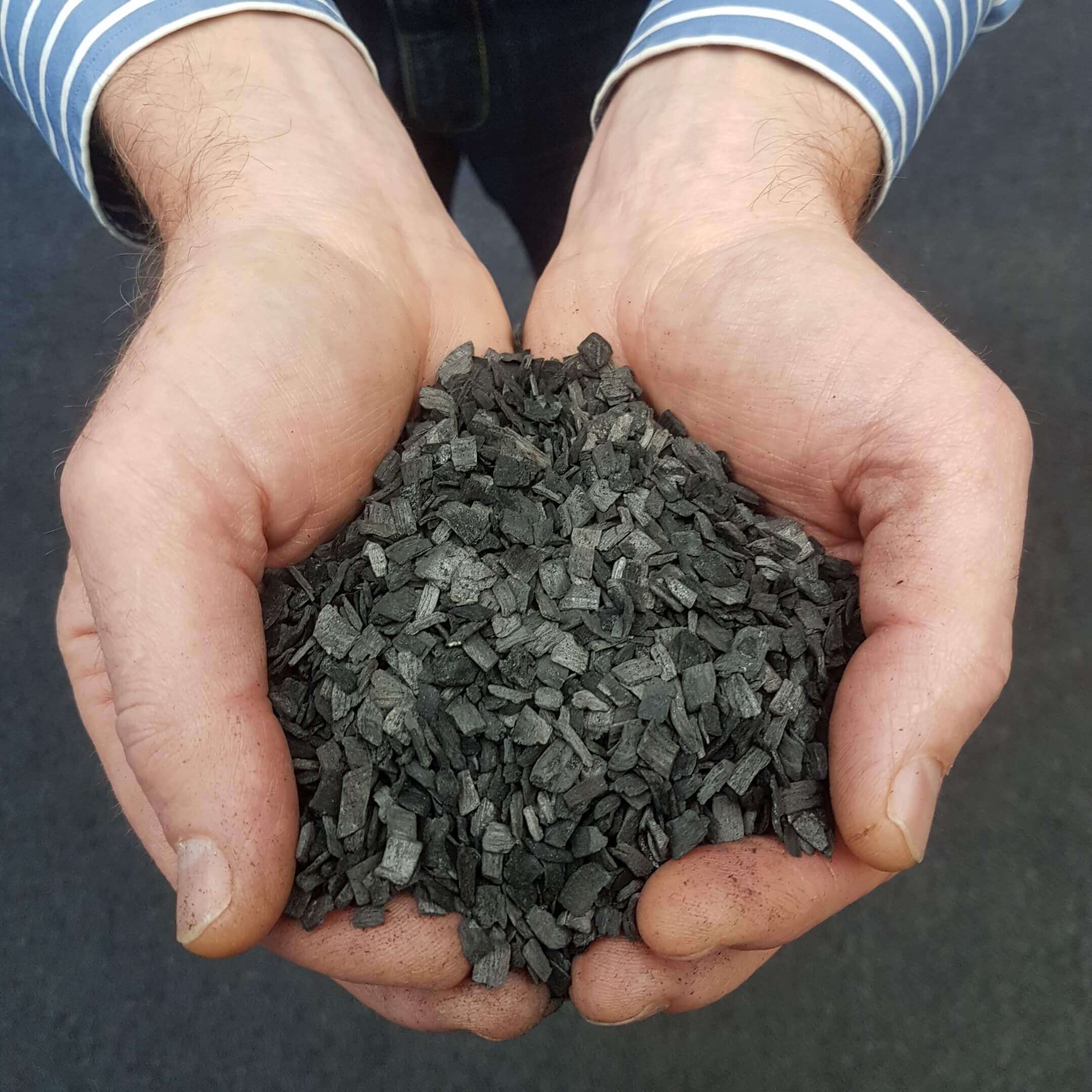 What is it?
Biochar is a solid porous material obtained when heating biomass to high temperatures while limiting the supply of air. Straight biochar is a hydrophobic substance, with little immediate benefit to the soil.

Only years of exposure to the natural oxidation processes taking place in the soil will convert straight biochar into a biologically active matrix containing humic substances, which improves soil fertility.

What is it good for?
According to the International Biochar Initiative (IBI), activated biochar enhances soils, holds carbon and makes soils more fertile. As a result, we can boost food security while discouraging deforestation and preserving cropland diversity. The benefits of adding GOOD FOR GREENS™ are in line with the above recomendations.
GET IN TOUCHGO TO PILOT RESULTS

FROM TERRA PRETA TO US
Biochar production is modeled after a process begun thousands of years ago in the Amazon Basin, where islands of rich, fertile soils called terra preta ("dark earth") were created by indigenous people.

Anthropologists speculate that cooking fires and kitchen middens along with deliberate placing of charcoal in soil resulted in soils with high fertility and carbon content, often containing shards of broken pottery. These soils continue to retain carbon today and remain so nutrient rich that they have been dug up and sold as potting soil in Brazilian markets.
'Our journey is about getting together - and together achieving goodness'
François Bernard, CEO First-Tree B.V.
CONTACT US